The Extraordinary Discovery of the King in a Leicester Car Park

Leicester is a city that is known to have a rich and exciting history.

From medieval times full of historical battles to one of the driving forces of the industrial revolution during the Victorian era. Nowadays, Leicester is a place that is full of modern life, from businesses embracing technology such as this vibrant digital marketing agency to the colourful market that has become a considerable part of Leicester’s identity and the place to get any food you can dream of, starting from local fish to foods from all around the world.

However, in 2015, Leicester reached the headlines as one of the most exciting historical discoveries that have ever been made. This is when the body of King Richard III has been discovered in a city car park.

The English King was killed in the Battle of Bosworth field in 1485, and a grave was dug for the king in a nearby friary. However, the tomb was lost due to the dissolution in 1538 during the reign of King Henry VIII, and the whereabouts of the king’s body remained a mystery for centuries to come. 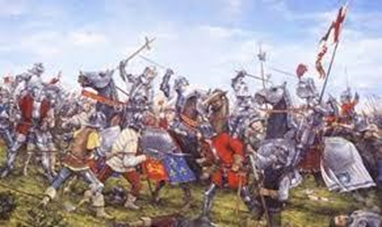 In 2012, a search began for the king’s body, and on the first day of digging, the archaeologists discovered the skeleton of a man in the car park. This is where it was believed that the king had been buried all those years ago. The skeleton showed signs of injuries caused by the battle, and it was then DNA tested and compared to the DNA of descendants of the sister of the king, Anne of York.

In February 2013, it was announced that the skeleton was indeed that of the long-lost king, and in 2015, he was reburied at Leicester Cathedral.