Keeping a track of Stormtrooper training 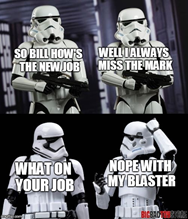 It must be a complete nightmare for the administrators of the Empire/First Order to know exactly what training which Stormtrooper legion is due to get and when. This might explain why when it comes to basic combat situations a Stormtrooper can’t hit a barn door or a Han Solo at close range but an untrained farm boy can quote “bullseye womp rats in my T-16 back home”. So what’s the issue? It’s been going on for 6 films now ( the Clones were much better shots at hitting the Trade Federation Robots in episodes two and three) so you would think that the high command would have something to say about it. 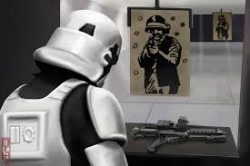 Perhaps the issue is that they don’t have a linked up information system. Maybe one training sheet can’t communicate with another. It seems that the Empires/First Order training team needs to look at PDF to Excel conversion systems like what is offered by https://pdftables.com/convert-pdf-to-excel for example.

Whatever the cause, and some have speculated that there is a conspiracy with the manufacture of the blasters they use, it’s plainly obvious that there needs to be some serious time spent in the firing range. The other is that they just don’t make clones like they used to any more.